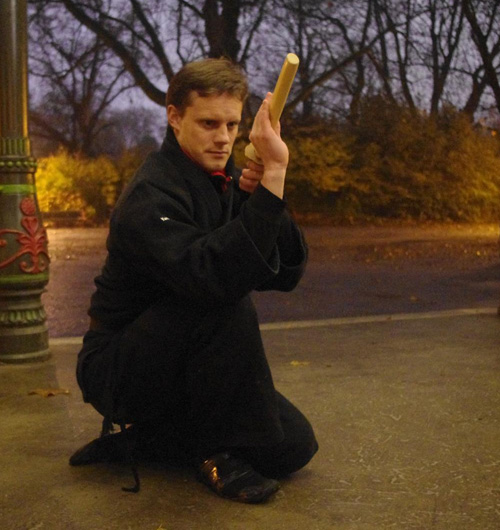 has been training in Martial Arts since he was 7 years old. He began training in the Bujinkan in 2003, under Robert Maynard, who consequently introduced him to Shihan David Heald, Sandy Marwick and Norman Smithers. In 2006 he attended a Seminar by Dr. Kacem Zoughari which changed his perspective on training. As a result he now tries to train with Kacem’s teacher, Ishizuka Sensei, whenever he visits Japan, as well as Soke Masaaki Hatsumi. He was awarded his Godan by Masaaki Hatsumi in 2013, and has been ranked consistently since then.
Fane also travelled and lived in both China and Russia for a number of years. In China, in 2007 he was made the most senior disciple to Grandmaster Chen Fu Sheng, Founder of the Baji Zhan Dao System of Kung fu, which includes Baji Quan, Piqua Zhang, Taiji Quan, Bagua Zhang, Xingyi Quan, Tong Bei Quan, & various methods of Nei Gong. To find out more visit: www.BajiZhandao.co.uk. In 2012, he visited Russia where he was able to train in Systema for 3 months with Mikhail Ryabko and his top students. Fane has been a student of Systema since 2004. 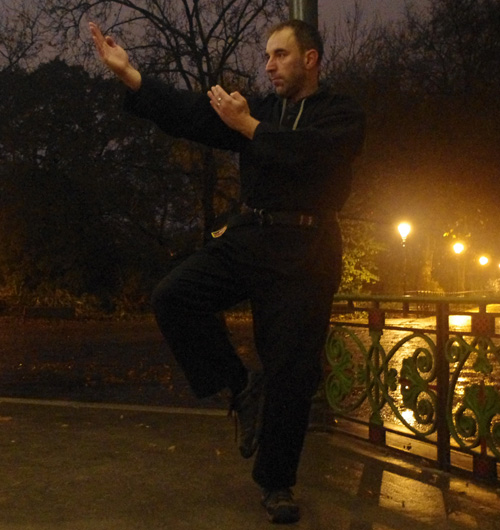 has been training in Ninjutsu since 1994. He began training in the Genbukan style of Ninjutsu, before transferring to the Bujinkan in 2000, under Robert Maynard, who consequently introduced him to Shihan David Heald and Shihan Norman Smithers. He has travelled to Japan to train under Soke Masaaki Hatsumi and Shirashi Sensei, amoung other Japanese Shihan. He has also attended numerous seminars with Shihan James Morganelli, Shihan Arnaud Coursegue, Shihan Pedro Fleitas and has trained under Tomoko Morganelli in Makko Ho.
Dermot has also trained under Fane Hervey in Baji Zhandao Kung fu, and traditional Baji Quan Kung fu, for over 8 years, and has been recently awarded instructor status in that system as well.

Start training with us Join now